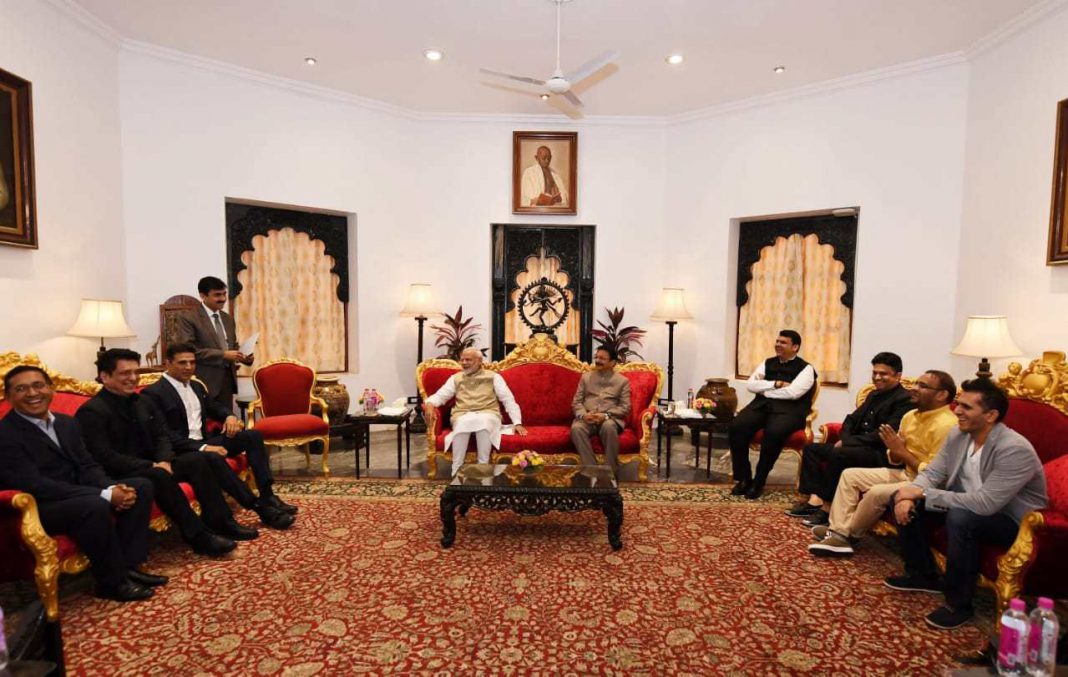 Stars of Indian Cinema recently met the Honorable Prime Minister of India, Narendra Modi. Actors including Ajay Devgan, Akshay Kumar and Karan Johar had a healthy discussion with Narendra Modi on his one day tour to Maharashtra. These actors discussed the issues faced by Indian Cinema from past several years.

There is a long list of representatives of Indian Cinema who shared their problems with PM. Names include Ritesh Sidhwani, Siddarth Roy Kapur, who are the president of the Film Producers Guild. Rajesh Roshan, Ronnie Screwala and Vijay Singh CEO of Fox Star Studios India’s were also a part of this event, and Chairman of Central Board of Film Certification (CBFC) Prasoon Joshi also accompanied them.

The stars of Indian Cinema discussed the massive growth potential of entertainment and media industry. They also made a request for  uniform and lower rates of GST for the entertainment industry. Prime Minister Narendra Modi said Indian Cinema is gaining immense popularity all around all over the world. Similarly Indian Cinema is also playing an important role in showing India’s rising power status globally. Narendra Modi has made sure about every single thing that can alter the progress of the film industry. According to him his government or Union government will be supportive to Indian Cinema and would take the stars request positively.

Round of negative tweets

Narendra Modi later tweeted about this saying “Had an extensive and fruitful interaction with a delegation from the film and entertainment industry. The delegation spoke about the studies being made by the film and entertainment industry and gave valuable inputs relating to GST for their sector. But many fans and female actresses have questioned about the lack of women in this discussion. Gul Panag tweeted saying “Where are the women? Alankrita Shrivastava the director of ‘Lipstick Under My Burkha’ also tweeted on the same issue.

Would be great to have female representation in these delegations. It is 2018. https://t.co/HoxGbptgwX

This is second time stars of Bollywood are meeting Narendra Modi. Later this year on  24th October actor Amir Khan and Sidhwani had met the PM. They also talked about the issues Indian Cinema is facing.

Women were neglected in this discussion 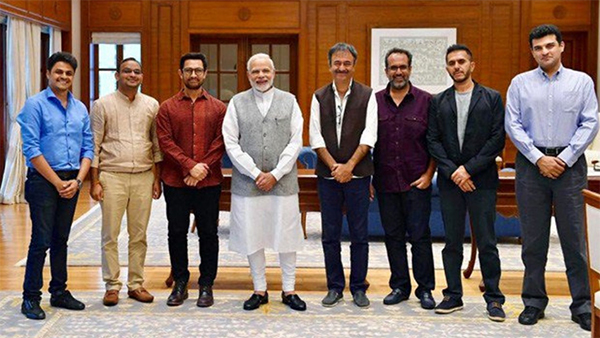 The main question is where the female stars of Bollywood are? There is no doubt India is facing several issues of gender inequality but the surprising fact is Indian Cinema is trying to focus on the concept of equality at every level. This scenario of no women accompanying the film fraternity shows the double standards of Indian cinema. The thing is even after #metoo no one cares to include women in the whole discussion. Whole industry is full of powerful women but this discussion doesn’t seem to address their issues. Are women still outsiders in the industry?

After this act the fans of Bollywood are thrashing these powerful hypocrite men who didn’t even care to take along with them a single women. These stars talk about female issues on the screen but on practical background they don’t need them while addressing the issues of the film industry.

The Royal Wedding in Jodhpur of Nick Jonas and Priyanka Chopra Finally Reached to its...

How Jacqueline was rejected for the role in Bharat?

The Soul Monger: The Pact